The album Union of Lublin 1569. An Achievement of a Multinational Commonwealth is a publication commemorating the 450th anniversary of signing the Union of Lublin. As we read in the preface: “The crowning of Poles’ and Lithuanians’ efforts to create a common state organism was the conclusion of the real union at the Lublin Sejm in 1569. The adopted act united both countries and enabled the birth of an exceptional state system in Europe – a prototype of the European Union. The two states bound by the union had the same monarch, elected jointly by the two nations, a common General Sejm, a common defence and foreign policy and a common currency. […] Within the borders of the newly established state there lived many various nationalities. The Commonwealth of Both Nations – many nations, actually – became a bridge between the East and the West, the bastion of the nobles’ democracy and a specific antemurale christianitatis. […] 450 years ago, our ancestors created a strong state that proved to be a power on the scale of the entire continent. This state’s heritage became the foundation of the political identity of the Republic of Poland and the Republic of Lithuania”. 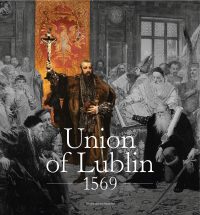