The Great Famine in Ukraine of 1932–1933 (Holodomor) was one of the major communist crimes of the twentieth century. This man-made famine resulted in the death over 3.5 million people. Among its many victims, there were Poles. It is estimated that at least 20,000 Polish people lost their lives to the famine’s indiscriminate savagery.
This book consists of nine texts by scholars (Olga Bertelsen, Jan Jacek Bruski, Wiktoria Kudela-Świątek, Stanislav Kulchytsky, Hiroaki Kuromiya, Robert Kuśnierz, Yuri Shapoval, Henryk Stroński, and Roman Wysocki) who seek to come to grips with the Holodomor, its causes, the principal executors behind the genocidal policy in Ukraine, the attitude of the Second Republic of Poland to the tragedy taking place beyond the Zbruch River, and the Polish experience during the tragedy. 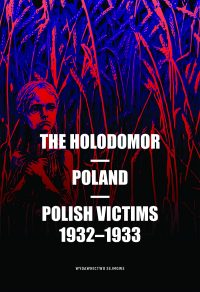